This guide explains what Legend Tokens are, how to get them and how to use them.

Legend Tokens are a digital currency in Apex Legends. You can use this currency for purchasing new legends and different exclusive cosmetic items (Note: cosmetic items don’t affect the power of your character, they only affect their appearance).

Aside from getting items and playable characters, legend tokens also let you reroll daily challenges:

The first reroll of the day is free. If you’ve rerolled the daily challenge 3 or 4 times already, we recommend you wait for 24 hours so the reroll resets back to 200 and you don’t lose your hard-earned legend tokens on 1000-token rerolling.

Legend tokens are not the only in the Apex Legends. There are also Apex Coins and Crafting Metals.

What’s the difference between Apex Coins and Legend Tokens?

How to get Legend Tokens in Apex Legends?

The only way to get Legend Tokens is to play the game and level up. Every time you level up you get some Tokens and an Apex Pack (aka, a loot box) or Crafting Metals.

Coins cannot be obtained from winning matches, either.

Right now, there is no other way to receive legend tokens than completing levels, and it looks like this will not change in the near future.

Can you buy Legend Tokens?

The answer is no, you can’t. Legend Tokens are a reward for true legends who progress and receive new levels. Play the game, receive tokens and spend them on exclusives.

How many characters are there currently in Apex Legends?

You start out with 6 base characters every player gets for free, and another 2 you can unlock. After that, each season introduces one new character. Characters cost 12000 Legend Tokens, but you can also purchase them for 750 Apex Coins. There has been 11 seasons of Apex Legends as of the beginning of 2022, meaning there’s currently 11 characters to purchase in the store with Legend Tokens, and season 12 is coming soon, too, with speculations set on Mad Maggie being the first character of 2022.

What cosmetics can you get with Legend Tokens?

You recolor legendary skins for exclusive aesthetics/color combinations at a price point set between 6500 and 10500 Legend Tokens.

How to get XP faster to get more Legend Tokens

Obviously, since you need to level up more to get more legend tokens, gaining XP faster is synonymous to getting Legend Tokens faster. While simply playing the game will get you some XP (3 XP per every second survived in a match), here’s also list of things that significantly boost your XP gain:

Winning a match (aka landing first place and surviving the longest) gives you the biggest XP booster in the game – 900 XP, although ending up at the top 5 gives you a good push, as well – 300 XP.

Playing with a friend gives you a 5% survival time bonus increase, and you land an extra 300 XP when finishing in the top 5, too! Playing with 2 friends increases your survival bonus by another 5% (10% total).

3. Buy and progress through a Battle Pass

Completing battle pass levels and exclusive challenges can grant you significant XP bonuses, as well. You can gain exclusive XP boosters in a battle pass, too, that increase your top-5 survival bonus by 10%. These can stack up to a 300%-boost during one single season.

You can get Crafting Metals from battle pass level-ups, too – 1200 per season.

Damaging players gets you random XP boosts, while each kill gives you 50 XP. You’ll gain a further 50 XP for each kill leader elimination.

Healing an ally gives you 25 XP, while respawning a teammate gives you 200 XP! It sure pays to be a team player in Apex Legends, doesn’t it?

Is grinding Legend Tokens worth it?

Grinding legend tokens is absolutely worth your time if you want to get new legends (champions/characters) basically for free. As for the recolors, you need to get legendary skins first before you can actually recolor/upgrade them, and they don’t actually give you any boost – they just look cooler.

Is grinding for the skins worth it? Redditors don’t think so, but we’ll let you decide. 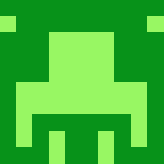