Minecraft is a large game that may seem simple but you will quickly realize how much depth there truly is. Each aspect of the game can be expanded upon infinitely and we will do just that regarding the Minecraft lava bucket. Here you will learn everything you need to know about it and its many uses in the game.

How to craft a bucket in Minecraft

Lava is a resource that requires some care when handling it since it is easy to fall into and die. This often results in losing all of your items so a good way to counter this is to carry around a bucket of water to extinguish yourself if needed. Just remember that when water and lava come into contact that makes obsidian. Which is a super hard block only harvestable with diamond and nephrite tools.

The first thing you need when collecting lava is a bucket. A bucket is crafted by taking three iron bars and putting them in a small v shape on a crafting table. This will result in an empty bucket, and you are ready to get your Minecraft lava bucket.

How to turn a bucket into a lava bucket

To turn a bucket of lava into a lava bucket first you need to place the empty bucket onto your hotbar. Then take it into your hand and then right-click on lava while looking at it. The result should be that your empty bucket is now a lava bucket. You can transport it anywhere and deposit it by right-clicking again, emptying the bucket, and placing the lave where you are looking.

A Minecraft lava bucket is one of the most versatile items in the game with many uses to choose from. You can use it in building and in many practical ways, the most common of which are automated farms. Possibly the best farm in the game which is the Iron Golem farm uses lava as a primary component. Where it is used as the way to kill the golems with you not having to do anything other than being near the farm.

Lava buckets are also a great way to defend yourself from other players and mobs due to a large amount of damage they take while in it. If that’s not enough to land the kill the burning effect they are left with after surely will. Making it a very lethal and viable way to address any threats coming your way.

Another use for lava every Minecraft player comes across is its use in creating obsidian. This makes it a core part of the game’s progression and everyone will have to interact with it. Knowing this can help you speed up the progression and help you progress through the game.

Lastly, Minecraft lava will set any arrows fired through it on fire. That means that you can effectively set up entire defense mechanisms that shoot fire arrows. And all you need is some lava and dispensers hooked up to a Redstone clock for this system to function.

A good way to make your lava storage look good is to use cauldrons and fill them with lava. Each lava bucket will fill one cauldron and emit some light when inside. But do be careful since you can still get set on fire if you jump into the cauldron. The cauldrons only use for lava apart from aesthetics is in infinite lava farms.

How long does lava last in a furnace

An interesting use for lava buckets can be as timers in furnaces in Redstone contraptions. They are good since they have the longest burning value of 1000 while a coal block has 800. The only downside is that lava buckets don’t stack when compared to coal blocks.

Trading with villagers is an amazing way of getting resources in Minecraft. Villagers even offer some of the most valuable resources in the game in exchange just for emeralds. This is great since emeralds are purchasable with many different items of which possibly the best are Minecraft lava buckets. Each lava bucket will yield 12 emeralds which are increased to 20 if you have the hero of the village buff.

With the emeralds, you can buy lots of the game’s most valuable items including enchanted diamond armor. To set this up all you need to do is set up a small villager trading center.

Lava is by far the best fuel source in Minecraft followed closely by coal. Coal can smelt up to 8 blocks in a furnace while just one lava bucket can smelt up to 100 blocks. Atoning to its use as a lava source, the only downside is that it runs out leaving an empty bucket. But if you have a big lava pool or a dedicated lava farm near your base this negative trait is almost all but negated.

Can you create Lava source blocks with a Minecraft Lava Bucket?

The Minecraft Lava bucket can only place one source block of lava. While being a source block it is not infinite and is just picked up stopping the flow of lava. An infinite lava source is something that players have long yearned for since acquiring large amounts of lava is quite annoying. The best way up until the introduction of dripstone was going to the Nether and harvesting it from the many lava lakes.

Luckily the introduction of dripstone in Minecraft’s latest update has introduced a way to make infinite lava sources in form of farms. Which are easy to build with the rarest material required being dripstone. But even that you will likely find while exploring caves and mining. Then you need a cauldron and a lava bucket and you are all set to build your infinite lava farm. Just remember that the farms are fairly slow so building more of them is the best way to increase production rates. 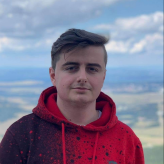 Minecraft Infinite Lava Source - How and Why to Make One?

Everything You Need To Know About Gex: Enter the Gecko | Retrospective