Mindbenders Ambition is a new shotgun which comes in Destiny 2: Forsaken. This guide will explain how to get this fantastic weapon and how to use it in PvP and PvE to get the best result. Let’s get started.

The first thing you will see is that this shotgun looks great. It’s colored with gold and layered with bones. The surface is covered with very nice looking runes. The cool thing about this weapon is when you kill an enemy with it the runes start to shine. It’s a very cool looking visual effect.

This item can be obtained from Hallowed lair and getting it can be quite challenging depending on your level. The final boss is the most difficult part of this encounter. He deals a lot of damage and spawns many ads. So be attentive, share orbs and you will be able to beat him.

This shotgun has pretty high damage and it’s very good in the PvP. If you compare it with other popular shotguns you will see that it has less range but it may beat them. You can one-shot enemies pretty often.

Aggressive Frame perk makes this gun very good because in PvP you usually fight against several players. Increased fire rate helps in such situations a lot. I don’t know the exact numbers but you may feel this boost.

Mindbenders Ambition is also great in PvE. It’s a high impact shotgun and it can destroy targets pretty fast, usually one shot is enough.

In my opinion this weapon is pretty cool. It can be useful in both PvP and PvE. It’s not so easy to obtain but once you get it it may become your #1 shotgun in the game. 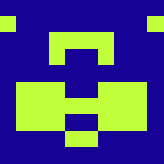